On the Internet, Your Data Lives on Forever

Data is the lifeblood of existence. Take away data, digital or otherwise, and a thing ceases to exist. Imagine how many civilizations came and went without our knowledge simply because all data pertaining to their existence, be it shards of pottery or stone temples, were wiped out by cataclysm. This isn’t “lost civilization” conspiracy either: it’s a regular occurrence in historical research.

Heck, even Shakespeare is known to have lost a play or two, which means the world at large has been denied a two of the Bard’s plays, both of which could have possibly been his masterpieces.

And the internet is no different, right? After all, with one click of a button, a piece of data becomes untangled, turned into its base binary numbers, and then recycled into the digital ether or whatever. Unless you actively use an internet archiving website service, pretty much everything on the internet and, by extension, everything digital, is completely temporary, fleeting, ethereal, of no consequence to time and history. Right?

Permanence is a Storage Issue

Here’s the thing about the internet that most people don’t realize: it’s still reliant on physical spaces. In a world with cloud computing and digital storage, people often forget (or, perhaps, don’t know) that there are actual, physical servers hosting these websites. All of our internet is still being run through underwater cables that span from sea to sea.

Sure, Tesla’s Starlink aims to change that, but satellite internet isn’t going to be a thing for the next decade or so (the tech is still in its infancy, after all).

So when we say “nothing is permanent,” we mean to say that the data you want erased from the internet will only exist so long as the company that’s hosting those files stays alive. There are currently an estimated 1.8 billion websites on the internet, with more going online every day.

However, analysts assume that only 200 million sites are actually active, with the rest being “dead,” i.e., have not seen any activity for a reasonable amount of time. Yes, that website is still storing data of sorts, but should the website host decide to sell off the URL, or if the server goes offline, all that data goes away.

That being said, a server can, theoretically, exist until the heat death of the universe, provided that it’s continually updated, upgraded, maintained, and/or otherwise immortalized by a faction of future tech priests as some sort of techno-religious holy relic. But that seems unlikely. 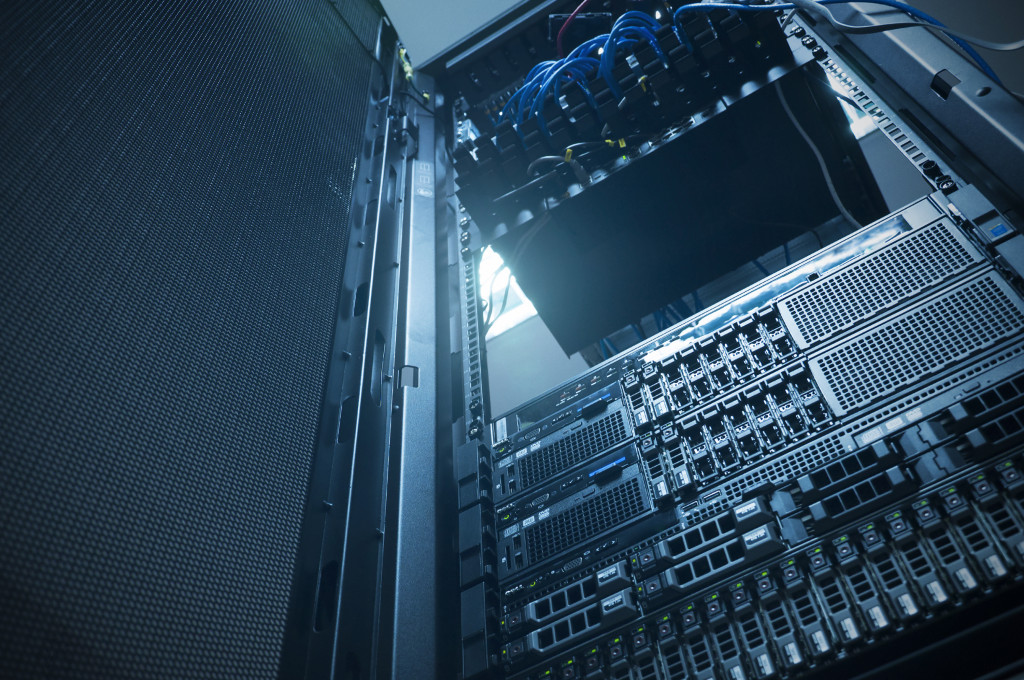 For example: let’s say Mr. Average Joe uploads an embarrassing photo of themselves on a social media website called FaceSpace. Years pass and one day, Mr. Joe stumbles upon their old photo. “Holy smokes this is terrible!” he thinks to himself. He then decides to delete the photo by clicking a button that says “delete permanently”. By clicking this button, he sends a signal to the FaceSpace servers to dismantle all the lines of code that make up that photo. Mr. Joe no longer has a copy of this photo, neither does FaceSpace. End of conversation, right?

Most websites, including social media platforms, will almost-always have some form of backup of its site in case of a catatrophic crash, which means that Mr. Joe’s photo exists as a backup. Sure, that backup will eventually be saved over with a more recent backup of the site, one that doesn’t contain Mr. Joe’s photo. But then the photo might have been saved elsewhere.

Setting aside Mr. Joe’s friends who, in a stroke of precognitive genius, decided to save Mr. Joe’s photo when it was first uploaded, there’s no telling who –or, in some cases, what –has saved a copy of your data. Alarming as this sounds, one should rest easy knowing that this is fairly common on the internet, and while, yes, a form of your data will always exist somewhere, finding it amidst the exabytes of data that’s floating around the internet at the moment is close to impossible.

The Internet is Forever, Unless You Don’t Want it To Be

The moment you upload a file on the internet, assume that a copy of it is going to be made, whether by search engine crawlers trying to index a site, a random user browsing the web and finding your data interesting enough to save (and, possibly, repost in other websites where other users can stumble upon it and restart the whole process), or websites creating backups on personal servers.

So how do you break this cycle?

You can’t. If you don’t want a copy of your data on the internet, then don’t post it on the internet. This may sound sarcastic or unnecessarily mean, but it’s the truth. To break the cycle, don’t participate in the first place.