Most people probably would never have heard of Super Micro, a computer components manufacturer based in San Jose, California. But their anonymity was pulled under them, and unlike a well-executed trick, almost everything on the table fell over. In one of the most ominous developments from the tech sector, news came out that they sold compromised servers to several international companies, including Apple and Amazon, and in extension, to the National Security Agency (NSA) and the Central Intelligence Agency. By compromise, we mean that Supermicro sold motherboards with an unidentified microchip, no bigger than a rice grain and obviously meant for spying, embedded layers below the soldered components.

Bloomberg broke the news, detailing that the microchip has been implanted in one of Supermicro’s manufacturing subcontractors in China. Afterwards, the company went on the defensive. Some publications supported their claim that their motherboards aren’t compromised, albeit by stating that their components are so bug-ridden it wouldn’t be necessary for a hardware backdoor.

Nonetheless, Supermicro’s stock is slowly and surely tanking after the news got out, and being the “Microsoft of the hardware world,” it’s going to have a domino effect among their clients.

Political figures see this as an extension of the New Cold War between the United States and China, one that has a power-shifting potential. Beyond all the proclamations, however, this development has an immediate consequence. Americans are going to be more scrupulous of trust Chinese-made hardware, which has a wide-ranging effect since US tech companies are too dependent on Chinese manufacturing.

Furthermore, this just made it a lot harder for Chinese smartphones to enter the American market.

The war between the US and China is more of a financial war than an all-out war with human cost. Instead of ordering a land assault, US President Donald Trump ordered a massive tariff on Chinese goods, which will potentially amount to $257 billion. It hurts Chinese suppliers a lot, but since a large part of the American population depends on China for low-cost goods, it’s going to hurt the US market too. The country does import $506 billion from China, which makes the two countries essentially partners.

Still, espionage is espionage. It’s easy to understand where the US Government is coming from: imagine a large chunk of your citizens holding a Chinese-made phone that may have an undetected, miniscule component that’s meant to dig information. Giving the opportunity to the Chinese is too big of a risk, especially in the midst of a power struggle between the two countries.

Now, what ideal role would smartphones have in this escalating trade war between these two superpowers? First, allowing Chinese smartphones in the American market would go a long way in thawing US-China relations. Letting companies like Huawei and ZTE, two of the biggest tech companies in China, sell their products will mean that the Chinese foothold in America will expand. The potential of espionage notwithstanding, this will allow the US and China to allow a friendly relationship to blossom.

More than that, shipping Chinese phones could also allow tech trends in China blossom in the west. One that could possibly influence the daily lives of Americans is mobile payments. It’s not exactly a brand new idea for Americans to use their phones to pay, but in terms of scale, their usage of mobile payments is nothing compared to how deeply the Chinese use WePay and AliPay. It’s not just success in integration, it’s success in implementing the app in all levels of transaction. Even beggars use mobile payments in China. It’s everywhere. In America, where convenience is a force that shapes society, cashless payments would be an incredible tech export.

Chinese tech companies aren’t completely shut out of the US. OnePlus, the Chinese smartphone manufacturer with a more international than a Chinese following, just broke into the US market with the release of the 6T. General Electric is Chinese-owned. Honor, a Huawei subsidiary, can officially sell its phones in the American market. The possibility is small, but the door’s not closed for Chinese tech in the US. After all, they’re probably responsible for manufacturing 90% of the components inside gadgets that Americans use.

Trust is a Priority

For companies like Huawei, market penetration is everything. They’re not exactly anonymous outside of China. Their latest phones are getting reviews from the western world, and it’s safe to say that most people are aware that they can buy a Huawei smartphone. They can even buy a Huawei laptop. But the problem for them, and second-tier companies like Xiaomi and Oppo, is it’s a little hard for American companies to trust them after all the news connecting Huawei to the Chinese government.

In an increasingly paranoid political landscape in the US, it’s not out of bounds anymore to consider Huawei as an arm of the Communist government in China. From there, it’s easy to determine what would be China’s main goal, from a political perspective, if ever they get to sell the American public: to spy on the American people.

The US Government already made their move by voting against buying any telecommunications equipment to companies deemed to be a threat to national security. They named Huawei and ZTE, specifically. These are two of the biggest manufacturers of telecom equipment in the world, and blocking them is most likely a political message. It’s effect on the business side, however, isn’t taking any side. A number of US companies lose in this decision too, losing access to cheap but well-made products. Google is among the biggest losers because their software runs on all Chinese-made smartphones.

Everybody Spies on Each Other, So What’s the Big Deal?

When news broke out that the US is spying on its allies, it crushed the notion that espionage is reserved for enemies. Everyone started thinking that if you have the resources, you can spy on anyone, even your friends, for security’s sake.

The NSA spies on Americans, Facebook spies on its users, Google records everything its users do. But what’s the difference? The western diaspora, even with a few historical squabbles, are on an friendly level. With the exception of the NSA, these tech companies have the (superficial) goal of tailoring their services closer to their customer’s needs. While this way of doing business has led to a massive breach of public trust, tech companies are yet to betray their purpose of mass data collection, which is to serve you ads you’d like. Yes, it’s alarming to read news that millions of customer data has been stolen or exposed, but the world hasn’t turn upside down. Yet. It could all go awry in the wrong hands.

Unfortunately, for the Chinese, the world sees China as the wrong hands. It doesn’t help that they’re a closed-off nation with a reputation on cracking down on anybody going against them. They may not need to prove anything anymore, but their economic power is nothing without anybody trusting them. 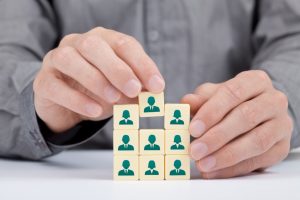 Secret to Success: Ensuring Your Projects Run Smoothly Even with Minimal Supervision

Managing a project is like sailing on a stormy night. You only know the destination, but you can’t see where you are 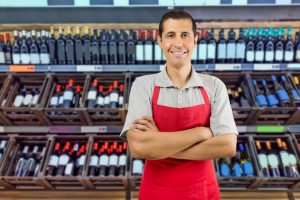 Areas to Pay Attention to When Cleaning Your Retail Store

A clean and organized store will influence customers to stay longer and buy more things, as opposed to a dirty store that 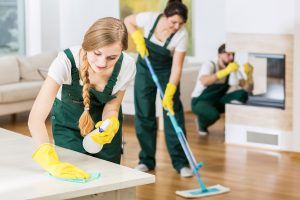 8 Good Things About Having Uniforms in Your Company

Many lines of work require a uniform, such as hospitals, the military, and law enforcement. But if you have the choice, should