There are innumerable moments in The Witcher 3, a three-year old low-fantasy game, where you would just stop and admire what you see.

Take riding into and around Toussaint for the first time, for example. It’s a duchy unmarred by the war going in the game, and it could very well be the definition of paradise (from a medieval perspective, that is). It’s essentially wine country, the fields are sprawling and the sky is wide.

Velen, on the other hand, is a ravaged province with monsters and bandits aplenty. It’s what medieval period as we know it, undeveloped and uncivilized (in a few ways). But in its own right, it’s as beautiful as Toussaint. The dark forests replace the sprawling fields, darkened rather than sun-soaked skies, and it’s more likely you’ll encounter monsters than people.

More than amazement at the realistic visuals, however, is that you feel like you’re moving through a novel, page by page. The game is based from a series of novels, but that shouldn’t take away the fact that the game is a literary work itself. It’s certainly as beautiful as any setting in any novel based during the medieval times. In most cases, The Witcher 3 surpasses novels as it actually allows you to experience the life of the protagonist, down to the way he rides his horses. The depth of each character is revealed more and more as you do more activities for or with them, as with any character in a novel as you turn page after page.

The Witcher 3 isn’t alone in this regard, as there are games like this one released every year. There are thematic differences, of course, but the premise is the same. There is a story, whether it’s about an order of assassins using technology to steer history or a space commander trying to save earth from an overpowered and ancient villain. There are choices to make, lessons to learn, and consequences to face.

In a novel, you read a story predetermined by its author. Choices are already made, a conclusion already determined, it will only ever go one way. Whether you liked it or not, Quasimodo was only going to end up sad, heartbroken and dead. Sherlock Holmes didn’t always best Professor Moriarty, and he himself said it in the novels.

Video games are a little different. Choices are given and, depending on how you play the game, can be taken away from you too. You can live the life of the protagonist, and define his or her character as you please. There are also different ways (read: structure) games can be experienced. You can choose to see the world in a first or third-person perspective (if the game allows it); as a dungeon-crawler style with you controlling the character from a god-like, looking-down-on-you perspective; or, in games like Her Story or Emily is Away, seeing things purely through the choices you make.

The story, however, is quite linear. Much like in novels, where you need to confront the antagonist, you still have to defeat the end-boss. You need solve the most complicated puzzle, or be the ruler of the land. The difference is, in cases of The Witcher 3, Fallout 4 and Dragon Age: Inquisition, you’ve sort of lived a life before the story is over. In most novels, it’s almost always like reading a diary of someone who’s already lived their life. That’s why in essence, video games make you the character and they certainly give you the freedom to do so. You can live a life, only artificially. But who said that in novels, it’s any different?

Most blockbuster games, much like novels, don’t reimagine life. They’re based on the reality out there in the world, whether it’s a reality set in 800 years in the past or 100 years in the future. It’s another version of this reality, sometimes bent to extremist standards and sometimes present a life on the edge of society. But it’s almost always a world that you can get lost in.

Based on the reviews, the newly released Red Dead Redemption 2 is certainly following in this footstep. It’s a Western game, with a theme like Butch Cassidy and the Sundance Kid with the nuance, seriousness and philosophy of Blood Meridian. Reviews have been praising the game’s realism and scale, which most likely mirrors life in the Old West: hot, brutal, and outlandish. Cowboys and outlaws aside, it’s life before technology and paved roads.

Sandbox games, like No Man’s Sky, Minecraft and Star Citizen, pushes creating a different reality to a new level. These games have levels that evolve, not based on your actions, but they just evolve. You may encounter something other players haven’t encountered or create something (a level, most likely) that doesn’t exist in the original game.

Furthermore, technology is furthering how players experience these virtual realities. Virtual reality (VR) headsets are leading the way in providing new experiences in games, and although progress is slow, the adoption of the technology is anything but. There are dedicated VR headsets for PC and console gamers, and some games are getting a re-release for a VR version.

Nevertheless, even without the aid of VR headsets to make your gaming experience as close to your senses as possible, games are immersive as they are right now. Rather than simply giving you a world like novels do, games give you the chance to experience that world.

In big, AAA (triple-A) games, players are always given a choice. It’s part of what the consumer buys, having the freedom to choose who survives and what ending will the game take. But any player who’s ploughed through the latest and greatest RPGs know that choices aren’t A-or-B types. It’s A, and kill the character that will skew the direction of the game. Or B, leave the non-player character’s fate to chance. This could go your way or not.

It doesn’t end there, either. That decision will most probably not straightforward, and most players are probably going to have to go with their gut, because morals are involved. Can you really give up an entire village to get a powerful sword you know you’ll replace in the game? Are you willing to sacrifice an entire race for the sake of another? Are you willing to harvest a sentient, but nonhuman, being who has become your close companion?

It’s all nuanced, and players usually connect it to how they would do things in real life. Others will definitely play it the other way for no other reason but to sate their desire to be better, or worse. It’s the end revealing itself, but only through the actions you take. Very unlike a novel, which page after page, doesn’t change anything.

Are you willing to live with the consequence? Or are you always going to ask yourself what could have been if you chose otherwise?

These are what games are like now, and you can find one that exists in a completely different universe than the last game you played. There are games that explore the universe, games that dabble in science fiction, and games that imitate life. Other than the actual gameplay, there are things in the game that will challenge you. It’s similar to the experience of reading a novel about a reality you weren’t aware of, about a way of thinking that seems totally alien to you, and encountering a philosophy that opens your world. Page after page, mission after mission, the world reveals itself to you. 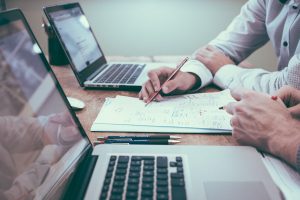 In this digital age, even startups are looking into various latest technologies that can optimize their business operations. From using e-commerce platforms

Resist the Urge to Splurge with These Three Suggestions

Many households in the U.S. live beyond their means. According to a report published in CNBC, consumers overspend roughly $7,400 every year. These 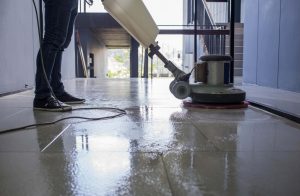 If you are particular about hygiene and cleanliness, the office setting might not be for you. There will always be that coworker