The construction industry is using plenty of innovative systems. Technologies are allowing companies to reduce worksite injuries, boost productivity and deliver projects that resemble buildings from the future. A number of universities and scientific institutes are enabling the advancement of the industry, mostly through materials.

What could your construction business apply?

Two remarkable innovations are happening in concrete development; one is out of this world. Space exploration has revealed that human life could be viable on Mars. Although Earth is far from beginning colonization of the planet, the hope is that one day it may be populated by humans. Part of that hope is developing systems that would work on Mars.

And a research team from Northwestern University may have found a way for people to build structures on the Earth-like planet.

With Martian concrete, the research team has discovered a material sourced from the planet and one that doesn’t need water to be formed. The material is made by heating sulfur 240° Celsius, melting it into liquid. The liquid is then mixed with soil from Mars, acting as an aggregate; once cooled, Martian concrete is produced.

Another exciting development in concrete comes from Dutch civil engineer, Dr. Eric Schlagen. Dr. Schlagen combined strands of steel wool to bitumen and pebbles, a typical mixture of asphalt. The broken up concrete is then placed in an induction oven, melting the materials and upon cooling, joins together. The new mixture and process are said to be applicable for roads. But instead of an induction oven, Schlagen’s team has developed a vehicle with induction coils that allow cities to run it over damaged highways.

Robots on the Job 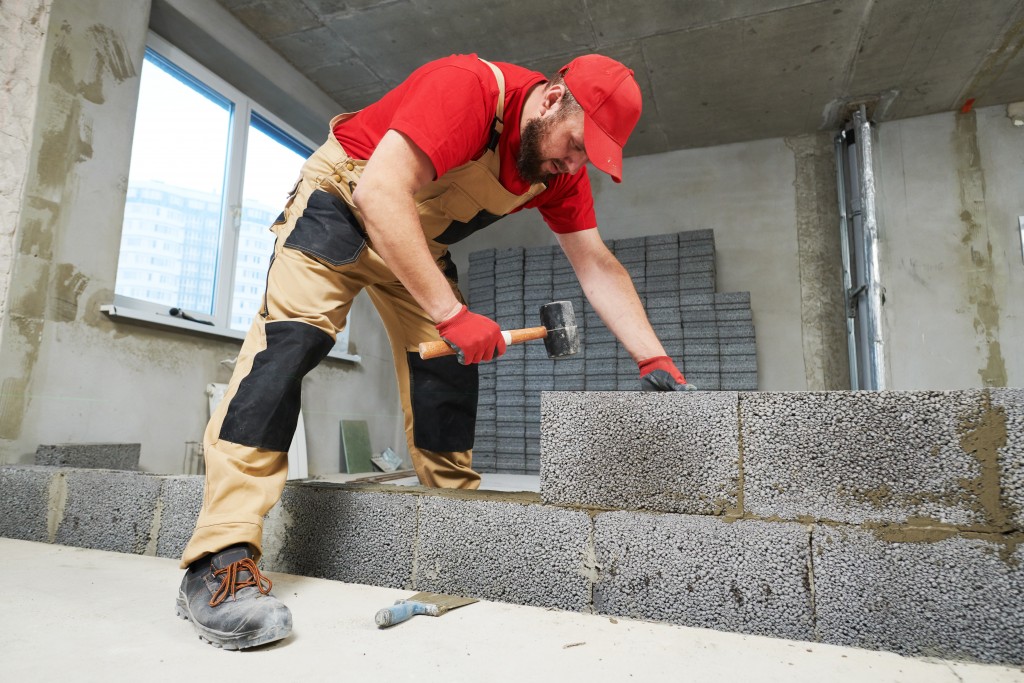 Robotics is paving the way for more tedious or hazardous tasks to be left up to machines. The construction industry can use robots to detect city-wide problems, like costly water leaks, or to do on-site and off-site building.

Meanwhile, engineers from Infineon Technologies have collaborated with Kewazo to develop the world’s first scaffold building robots. These robots move through a special track that are connected to vertical and horizontal tubes. Using a pathfinding algorithm, the robots are able to function like humans working together to build a scaffold.

The technology will reportedly cut labor cost by 33 per cent and reduce time spent on building the temporary structure by 42 per cent. The robots may also reduce the risk of injuries for workers on-site.

Other innovations in the construction sector include site sensors that limit work exposure to dangerous compounds; PPEs outfitted with environmental sensors and biometrics; machine learning systems that ensure worksite productivity; bricks that absorb pollution or cool building interiors, and translucent wood as a low-cost and renewable source of material.

The construction industry has plenty of resources to plan, create and deliver projects that are worthy of the future. From boosting productivity to ensuring safety, recent developments in technology are changing the industry for good.