Hops, Keezer, and Kegerator: How to Set Up a Homebrew

Craft beer production is probably one of the most successful industries today. According to IBISWorld, it grew by over 300 percent since 2005, while employment increased by threefold.

The COVID-19 pandemic surely hit it when bars and restaurants had to shut down temporarily (and, for others, unfortunately, permanently). Sales volume for craft beers declined by 9 percent in 2020. Retail dollar sales, meanwhile, went down to only $22 million, a drop of over 20 percent.

Even then, the overall craft beer market was worth $94 billion, revealed by Brewers Association. The pandemic also presented new opportunities for growth as methods of sale shifted to packages.

As the food and hospitality industries try to recover from a major economic slump last year, it’s safe to say that craft beers will become more popular again. There is certainly no better time to ride on to its upswing than today.

However, there’s also little room for mistakes, considering the tight budget these days. Those planning to open a pub, bar, or craft brewery can try to master their skills through homebrewing.

What Do You Need to Homebrew?

The United States has come a long way since Prohibition. States now allow people to make their own craft beer, mead, or cider at the comforts of their homes without fear of being arrested.

Production is one thing while selling is another, unfortunately. Many states don’t allow brewers to sell their goods directly from their homes simply because these products remain highly regulated. Whatever they make at home becomes part of their stash. They’re also an excellent way to learn how to brew well and find out the flavors that will likely sell in the market.

But what does one need to homebrew? First are the ingredients:

That’s it—it’s not that complicated at all. Now, what is malted barley? This is different from barley, although both are grains. Malted barley is barley soaked in water to allow the seeds to partially germinate, which one later needs to dry. The process of malting will help release enzymes that will easily convert its starches into different kinds of sugar required for fermentation.

Hops, meanwhile, are not malted barley. Instead, these are flowers that belong to the same family as cannabis, although this doesn’t have any psychoactive effects. They add both flavor and aroma to the beer and help create their distinct taste. For example, those who want their beer to have more bitterness, they can use Amarillo hops.

Some studies also show that hops have beneficial effects. They may prevent the growth of bacteria and even improve symptoms of metabolic syndrome by altering the gut microbiome, according to Oregon State University researchers.

Lastly, yeast is the primary ingredient in the fermentation process. It helps break down sugar in the wort, the product of mashing or boiling malt grains, into carbon dioxide and ethyl alcohol.

How to Brew at Home 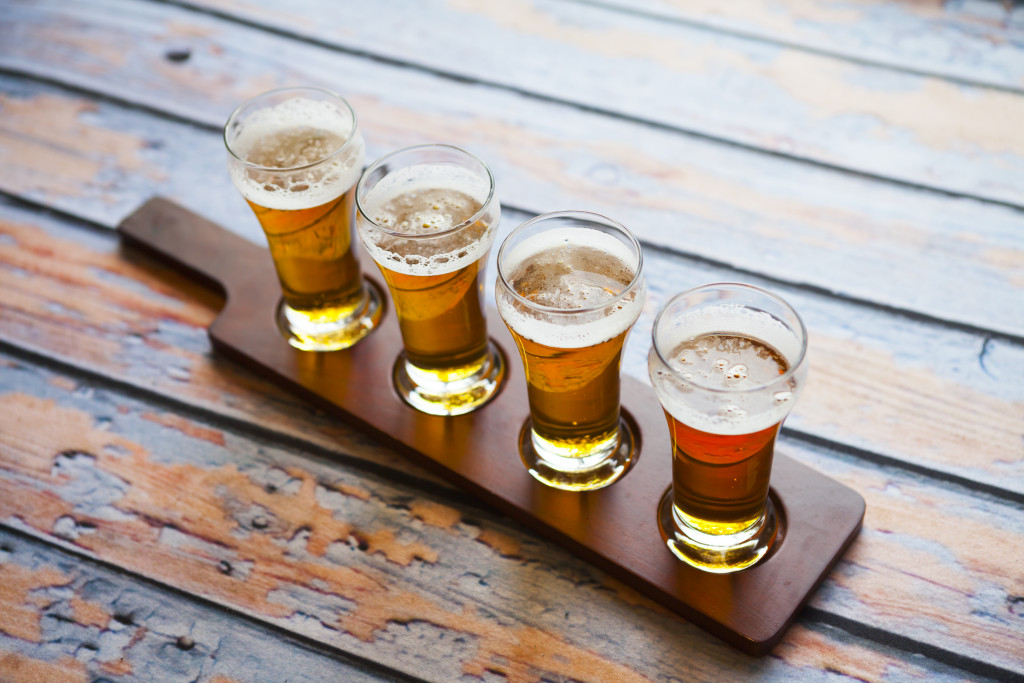 Today, brewing at home is easier since it’s small scale. New techniques also make it more convenient and faster. One of these is BIAB or brew in a bag, where a homebrewer can already complete the process in a single vessel like a large kettle.

In this setup, the homebrewer uses a special bag, preferably one that fits comfortably into the kettle, doesn’t sink into the bottom, and collects sediments. They can then fill it with mashed grains, add water into the kettle and allow it to boil, place the bag inside and let it steep, and then allow the wort to drip back into the kettle for more boiling.

Because the homebrewer uses only one vessel for everything, it must be big enough to contain all the possible contents. Usually, the size is double the expected gallon production.

Either way, the simplicity of BIAB means that beginners can quickly learn the basics of brewing and that they can customize the method later by adding more kettles.

Craft beer doesn’t taste good when warm, so a homebrewer can store it inside the fridge or a freezer. However, if they want to avoid the hassle of removing the keg later for drinking, they can consider investing in a kegerator or a keezer.

What’s the difference between a kegerator and a keezer? A kegerator is a combination of a keg and a refrigerator, which one can modify to add taps. A keezer, on the other hand, is a kegerator inside a modified chest freezer. This way, a brewer can store more kegs for cooling and make different flavors available for themselves or their guests.

Homebrewing is a learned skill that may help someone with a restaurant expand their offerings or open a small local pub.