After Alex Honnold, What’s Next for Free Soloing?

Free solo is outside the bounds of reason. Even applying Albert Einstein’s philosophy on insanity to justify free soloing, you’re guaranteed to ask what the hell is happening. It’s not that it’s unbelievable; in fact, what is happening in front of you is very real that you’d wish it to be not real.

To the uninitiated, free soloing is the form of wall climbing with only yourself, your climbing shoes, and a bag of chalk. It’s the ultimate in the sport of climbing, as in nothing is more challenging and dangerous than climbing an almost naked rock wall with only the notches for a climber to latch on. If it sounds like it’s fiction, it will even look more unreal when you see a free soloist scale up a wall, even a few hundred feet tall. In some free solo routes, rather than climb, you need to hang to get to the summit.

But even with the constant presence of danger and death, wall climbing as a sport and a form of exercise is growing. When you get into the culture of climbing, you’ll hear the names of Tommy Caldwell, John Bachar, Lynn Hill, Royal Robbins, and Warren Harding. They are not all free soloists, but you’ll be inspired of how these people pioneered and furthered the sport, only by scaling a few towering walls.

Then, there’s Alex Honnold. He’s probably the greatest free soloist of all time, but that’s actually selling him short. To take stock of who he truly is in the world of climbing, you only need to listen to what mountaineers and sport climbers say about him: he is the last name in wall climbing.

Fearlessness in the Flesh

Seeing Alex Honnold for the first time, it seems like his face greets you by the time you get to look at him. His head is like an oversized mango, it’s long as it is wide. His ears stick out the sides like baguettes in a fruit basket. His eyes are big too, and he’s nothing if not direct. Before you even talk to him, you get a sense that there’s something about this guy.

If you think he’s homeless because of his unkempt appearance, you’re sort of right. He lives in his van that he drives around from location to location just so he can climb for every day of his life. But you don’t have to worry about him being short on funds, as he’s sponsored by North Face and has his own foundation where he donates almost all of his money.

He’s also vegan, which means fruit and vegetables (and some almond milk) will do for his diet. He’s straight-edged: no caffeine and no alcohol. He’s as low maintenance as they come. But that’s not the something that jumps out when you see him. It’s that he holds the top billing in a sport where they look thrill in the rearview mirror, because every time they go out there, they are face to face with death.

If you go by achievements, there are other mountaineers and climbers with more professional accolades than Alex Honnold. But he’s a bit like Ayrton Senna, the late Formula 1 driver, in this regard. Like Senna, he’s not the most decorated in his sport, but once you see him do his thing, you’ll find it hard to believe that he’s not the best. Alex Honnold’s free solo ascent of El Capitan, through the Freerider route, is a bit like Ayrton Senna’s one-hand driving in the Monaco Grand Prix during the rain. You can’t quite believe he’s so audacious to try something to wild, but it’s there, right in front of your eyes.

Senna, however, did it for moments during the race. Alex Honnold free-soloing El Capitan for a whole 3 hours and 56 minutes, in itself a singular feat, is like Senna driving one-handed for an entire race. It’s practically impossible, for all the dangers that come into driving a 1,000-horsepower racecar, and the same goes for free soloing El Capitan. It took Alex years of climbing and innumerable hours of training, but he did it. In the process, he became an instant celebrity the face of climbing sport.

Alone at the Top

Way before his blockbuster documentary, Free Solo, Alex Honnold was already making waves in the climbing world. He could’ve possibly cemented his status as the greatest solo climber ever before the public was even aware of him.

Back in 2008, he already mastered the Regular Northwest Face of Half Dome, the other famous wall in Yosemite. He’s the first one to ascend in this route, and for a rookie in climbing to do something that’s never been done before due to the challenges and risks, it cemented his name to the followers of the sport. Then, followed his ascents of the Yosemite Triple Crown, Astroman, and Rostrum. By the time he set the former speed record for The Nose on El Capitan in 2012, many in the climbing already called him the greatest free soloist ever.

Even still, without his fame and fortune, Alex Honnold remains exceptional and his response to fear is something to behold, more so than some of his free solo ascents. In an in-depth look by Nautilus, aided by a few psychologists, MRI technicians, and neuroscientists, they found out that Honnold’s amygdala doesn’t respond to stimuli like most people do. After several tests, where they monitored his Alex’s while he looked at gruesome images and played for money, neuroscientist Jane Joseph concluded that his brain doesn’t respond at all. He lives up to his nickname, No Big Deal, in a way that’s innate.

He couldn’t have been faking it, as his brain activity was in full view of experts. This means that while facing thousand-foot, free-fall drops, Alex is calm and composed. He actually may not feel anything at all, although he rejects the notion that he doesn’t feel fear.

What’s Next for Climbing?

Alex Honnold is the last name in climbing because nobody, not one soul, is doing what he’s doing. For the record, he doesn’t free solo all the time. In most climbs, he uses ropes and harnesses. But, due to his fearlessness, he’s able to go up walls without safety equipment more often than most climbers. He’s one of the very, very few climbers who can “on-site” walls, free soloing walls for the first time without practice. More than that, not many have been called a “witch” by the local population because they’ve been freaked out by Alex scaling up a fjord with only his chalk bag and his shoes.

In short, he’s doing the ultimate form of climbing. He regularly takes routes of the most dangerous order, and with the highest reward. There’s not much out there that’s more impressive than what he’s doing, save for climbing one of the Seven Summits without gear, which guarantees death straight up.

It’s safe to say that there are more dangerous and harder climbs than El Capitan, and there lies the next step for climbing. FreeBASE, free soloing with a parachute, has the potential to eliminate death from the equation and allow climbers to scale up walls that was never on the bill before. Alex Honnold himself said that this would open up new walls for free soloists to climb while having a safety device that takes nothing away from the experience of ascending ropeless. There’s BASE jumping as well, but it’s more of an extension of FreeBASE rather than new ground.

Maybe, we could be just be waiting for Alex’s next adventure to see something new. His trip to Antarctica with fellow climbers Anna Pfaff, Savannah Cummins, Conrad Anker, Cedar Wright, Pablo Durana, and Jimmy Chin is something of an Ironman version of climbing, as they scaled all six peaks of the Wolf’s Jaw in one trip. It sounds as awesome as it is terrible, given that it’s freezing cold everywhere they went.

For now, we should enjoy the spectacle of Alex Honnold. The stark reality of his occupation is that he could pass away at any of his trips, but let’s be thankful that he’s just fantastic at holding on to miniscule notches and that he’s never out of his element. Whether his ascents unfold in his Instagram stories or in another brilliant documentary, there is always heart-stopping and captivating whenever this free-soloing superman decides to do something. 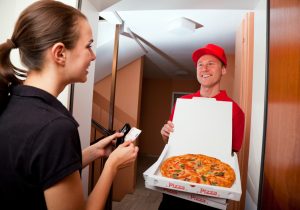 5 Booming Businesses in the Age of Pandemic

While several industries are taking a nosedive, some small-time players are gaining ground amidst the coronavirus pandemic. The global health crisis has 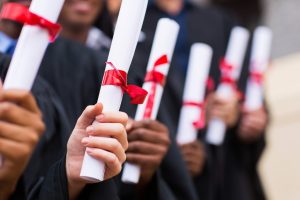 An MBA Is Overrated: Pursue These Alternatives Instead

A Master of Business Administration (MBA) degree used to be a requirement to reach the upper echelons of the corporate ladder. In 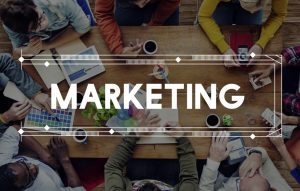